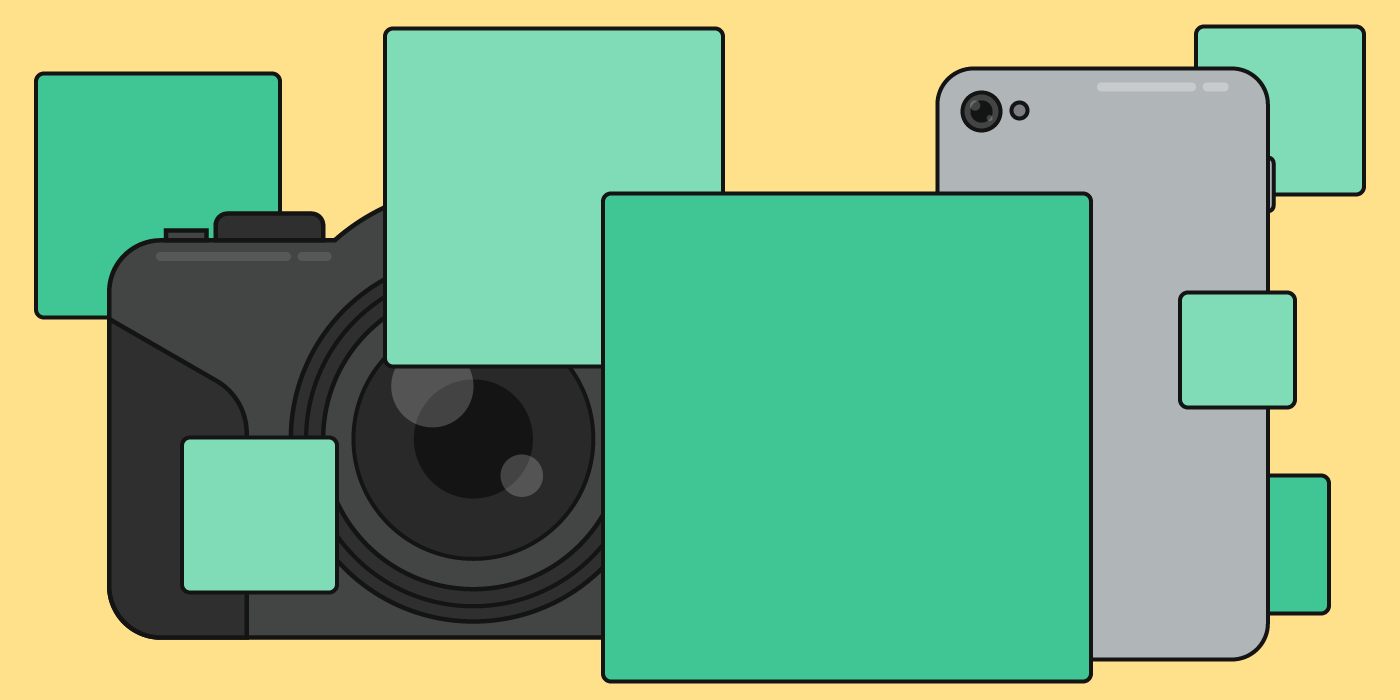 We receive questions about how Boxcryptor deals with photos on a regular basis. In fact, there are some peculiarities that you have to keep in mind if you want to save your images in the cloud, encrypted with Boxcryptor. In this article we provide an overview.

This is How Boxcryptor Works

Boxcryptor uses its own file format. All files encrypted with Boxcryptor receive the uniform file extension ".bc". By using the .bc file extension, it is no longer possible for other programs or the operating system to recognize what type of file it is. “Outside” of the Boxcryptor software (and thus without the key for decrypting the file), it is no longer possible to distinguish whether the file is a .PDF, a Word file (.docx) or a movie (e.g. .avg ). A special feature of our .bc file is that it not only contains the information from the original file, but in a special "file header" additional information for encryption and decryption. Furthermore, meta-information such as the file size is included in the header. For a more detailed description of how Boxcryptor works, we provide a Technical Overview on our website.

Thumbnails – On mobile or desktop?

Thumbnails are small previews of image (and video) files. Many users of computers or smartphones are used to browsing their photos with the thumbnails. But when Boxcryptor is being used, no thumbnails are provided. In particular with mobile devices, no thumbnails may be displayed, in general. There is an exception with regard to smartphones, concerning this issue – more on that later on. But why is that? Thumbnails can only be created if the platform or program who created them has access to the contents of the files. By default, this applies to the cloud storage providers. They read the files and generate the thumbnails on their servers. However, users of encryption software are generally trying to avoid this kind of access by anyone else but themselves. Boxcryptor is a provider of true end-to-end encryption. This means that the files are encrypted before they leave the Boxcryptor user's device – And the files are not decrypted as long as the user does not download them again. Boxcryptor could therefore create the thumbnails only on demand, on the device of the user. For a vast number of files, rendering thumbnails quickly would require a lot of computational overhead, resulting in long waiting times. Especially when accessing through mobile devices, this is oftentimes technically not feasible. In any case, it is quite annoying for the user. This is why we decided not to offer thumbnails. Instead of relying on thumbnails for identifying files, we recommend creating a meaningful folder structure for orientation purposes. This not only improves the performance of Boxcryptor on your device, but also contributes to a better (and faster!) retrievability of image and movie files in general.

Should you be a user of a mobile Apple device (i.e. iPad or iPhone), Boxcryptor may be integrated into the Apple Files app, in iOS versions 11 or higher. How to set up this feature and easily and what are the benefits associated with it can be read here. With Boxcryptor being integrated into the Files app, decryption is done by Boxcryptor (as you are used to, without you noticing it), while the decrypted file is ultimately displayed by the Files app. The Files app is creating a thumbnail in its’ own cache, independently of the .bc file. As a result, the thumbnail, chached in the Files app cache is still displayed, despite the .bc file resting securely encrypted in the cloud. To put it in a nutshell: Every picture that has been opened in the iOS Files app with the Boxcryptor integration once receives a local thumbnail by the Files App on the respective device. Similar to this, are thumbnails distributed on your desktop computer: There, a copy of the files is stored (in contrast to your mobile devices) locally on the hard drive (e.g. in your “Dropbox folder”. Displaying thumbnails therefore, is neither for the Finder (macOS), nor for the Explorer (Windows) an issue – with the exception of “online only” files. These have to be synchronized first, before they are available locally – including a thumbnail. The synchronization is done, for example by the Smart Sync Function of Dropbox or by Backup and Sync by Google. Both supported by Boxcryptor as well.

Some cloud providers offer their users the option of saving image files for free. This means that files with an image-specific file extension (e.g. ".jpg") are not accounted for in the contractually agreed storage volume. Unfortunately does this mean conversely that the non-accounting of image files against the maximum cloud storage capacity is repealed by the .bc file extension of Boxcryptor. Cloud storage services, specifically selected for storing image files can thereby lose their increased utility compared to other services. A migration of the files could become necessary.

The facts that the thumbnails cannot be displayed on mobile devices (other than Apple devices with the Files app) and free photo memory cannot be used, certainly makes many photographers shy away from encrypting their images. However, it must be said at this point that in particular the protection of the highly personal images in the cloud should never ever be neglected. In the past, we have seen several times what may happen when personal images are "lying" unprotected in a cloud - just ask Jennifer Lawrence And it does not matter whether it is the private footage of a celebrity, or "just" the pictures of your last vacation: all private images should be securely encrypted so they may never fall into the wrong hands. ##In a Nutshell: Boxcryptor and Photos Belong Together – no Matter What Especially this protection of pictures, which are "stored" in a cloud storage service highlights why Boxcryptor and photos belong together, just like all other sensitive files and Boxcryptor belong together. Concludingly: If a file contains information (or imagery) from our personal life, additional and reliable protection is urgently necessary. THEREFORE: Protect your images with Boxcryptor, even if this might mean missing out on thumbnails on your mobile devices - the protection of your personal images is worth the slight inconvenience.

Take Action Now and Protect Your Data with Boxcryptor

Boxcryptor encrypts your data client-side, before it is synchronized to the cloud. We help you make sure that nobody but you can access your data.