Our users have known and appreciated Boxcryptor for ten years due to its end-to-end encryption in accordance with the zero-knowledge principle. In the past, they have already had the opportunity to use Boxcryptor for encryption of OneDrive and SharePoint, the two cloud storage solutions behind the Microsoft 365 offerings. The integration in Microsoft Teams furthers this development to save you extra steps and to make the security of your data as easy as possible.

The software is cross-cloud, which makes it well suited for a multi-cloud strategy. In total, Boxcryptor supports more than 30 cloud solutions besides OneDrive and SharePoint. NAS systems, File Server, and local data can be encrypted as well.

Companies already using Boxcryptor Company or Boxcryptor Enterprise can integrate the app into Microsoft Teams in two places. On the one hand, as a channel in individual teams as a so-called “Channel App”, and on the other hand, for your personal data as a so-called “Personal App”. In addition, files can be encrypted and shared with the team directly in the chat area of a channel.

In the following section we explain which steps are necessary to use the two apps successfully in Microsoft Teams and how to share encrypted files directly in a chat. 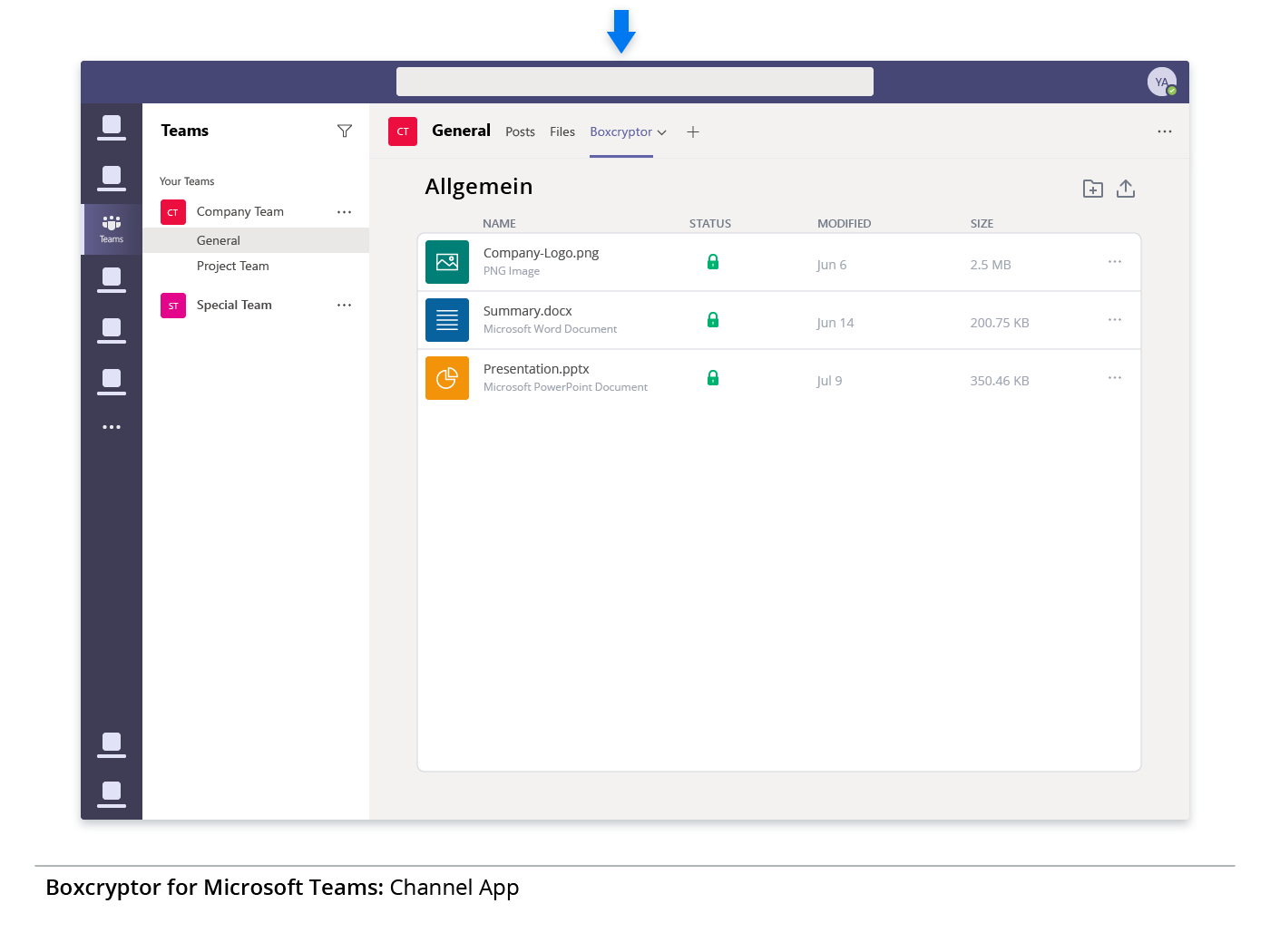 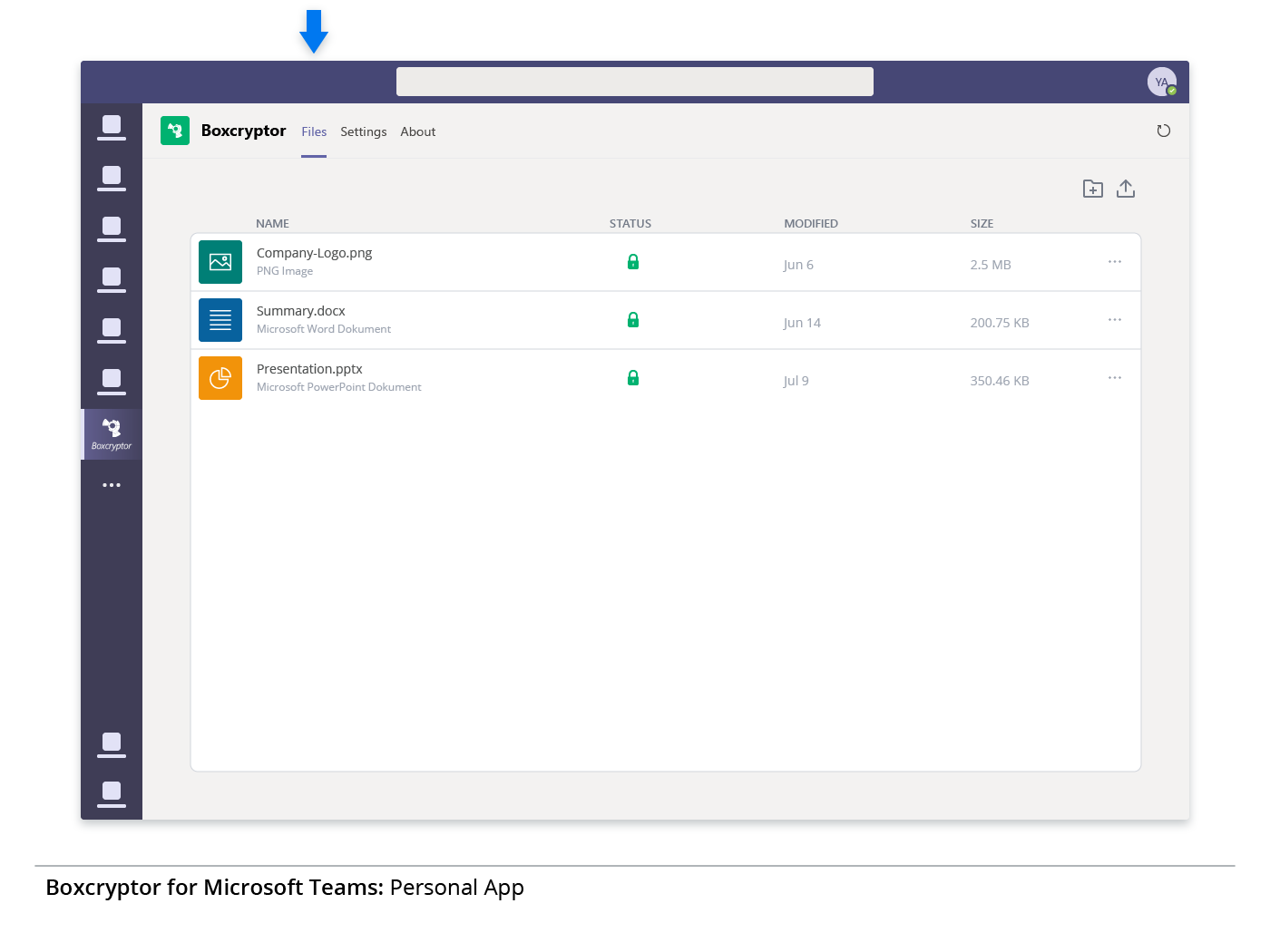 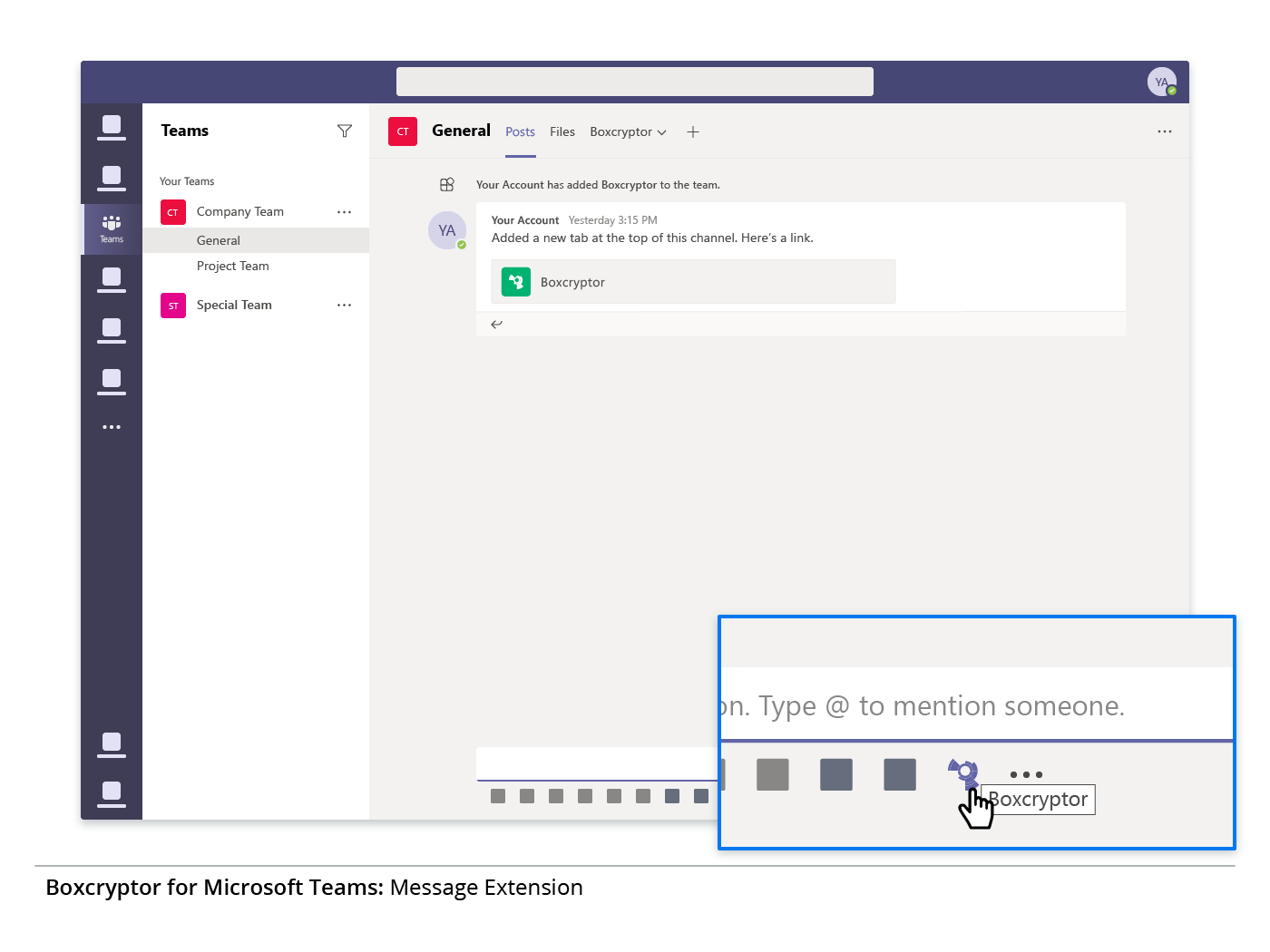 When Boxcryptor has been added as a tab in a channel, an additional feature will be available: In the “Posts” tab of your channel, you can share encrypted files with the entire team via conversation. To do this, just select the Boxcryptor logo in the selection below the input window. In the next step, you can upload up to four encrypted files of your choice.
Anyone who has Boxcryptor authorization in your channel can open the file which is now displayed as a post, and read it in plain text.

Read more about our November 2021 major update to Boxcryptor for Microsoft Teams here.