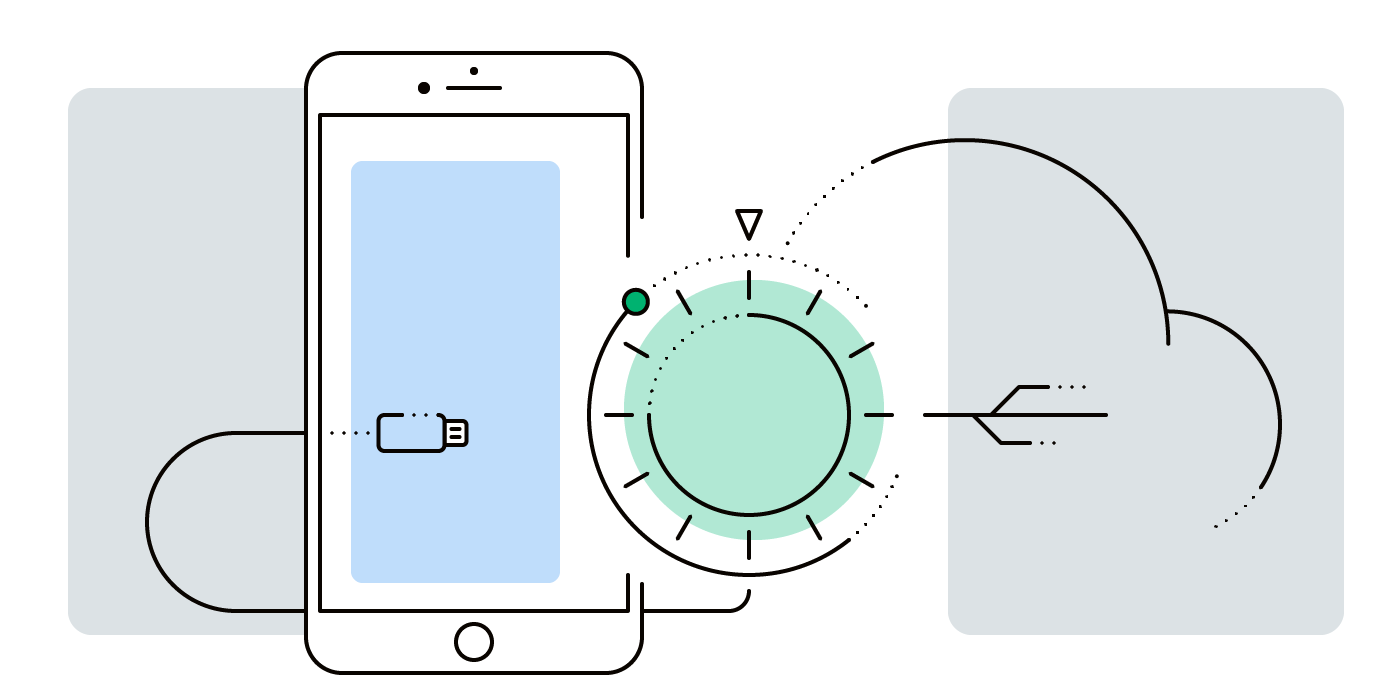 Apple has been in the headlines again in the last few days. The accusation from the media: The company has caved to the FBI and rejected a plan for end-to-end encryption of iPhone Backups in the iCloud. We’re taking a closer look at the case.

Background to the Headlines: iCloud Backups – Encrypted or End-to-end Encrypted?

Apple is known for the fact that data protection is a very important part of its corporate philosophy. No wonder, since it is a very good way to distinguish yourself from the competing smartphone operating system Android. For example, the company aggressively advertises with the keyword “security” and emphasizes the encryption of the iCloud at every available opportunity.

In contrast, when it comes to protecting devices, Apple goes to great lengths to meet the highest standards. Podcasters Linus Neumann and Tim Pritlove reported in their show Logbuch:Netzpolitik on some of the measures Apple is implementing to protect iPhones: Interfaces to the outside world are being closed more and more, which massively reduces access to unencrypted data. Even the device itself has built-in security barriers at all levels. For example, it checks at boot time which code may be executed. Certificates and encryption mechanisms are used to check that another version of the operating system is not loaded without permission. Every port and radio interface are secured to make unauthorized access as difficult as possible. The data in the memory (SSD card) is also fully encrypted.

However, it is difficult to maintain this high standard for the features that run on the internet. Specifically: Apple’s iCloud. Data storage in the cloud has numerous advantages, such as permanent availability and data access from different devices. Apple synchronizes contacts and appointments via the cloud by default, for example to ensure data consistency between a Mac Book, an iPad and an iPhone.

This is especially important when not only selected data is synchronized, but a backup of the entire phone is moved to the iCloud. Apple has also opened up the iCloud to other app providers, which makes synchronization between devices so convenient (e.g. you can pause a podcast on the iPhone and it continues playing at the appropriate place on the iPad). Everything that is synchronized via this interface is accessible via password, i.e. not end-to-end encrypted.

That’s why some apps (e.g. the messengers Signal and Threema) deliberately don’t use the possibility to synchronize to the iCloud. But if you make a device backup, the data from these apps ends up there, nonetheless.

Based on the menu navigation when setting up a new iPhone, we can assume that a great many users save the backup of their iPhone in the cloud. This is a massive and unnecessary violation of the entire security concept. And this explains why the FBI is so keen on the iCloud, because many tidbits for law enforcement agencies will certainly land on Apple’s servers unintentionally by users.

TLDR: The phone’s full backup is not encrypted end-to-end. This is strange because Apple is very invested in protecting data at every other location. In the end, all data ends up at Apple in plain text when the iCloud backup is set up. The iCloud backup feature is enabled in iPhones by default. 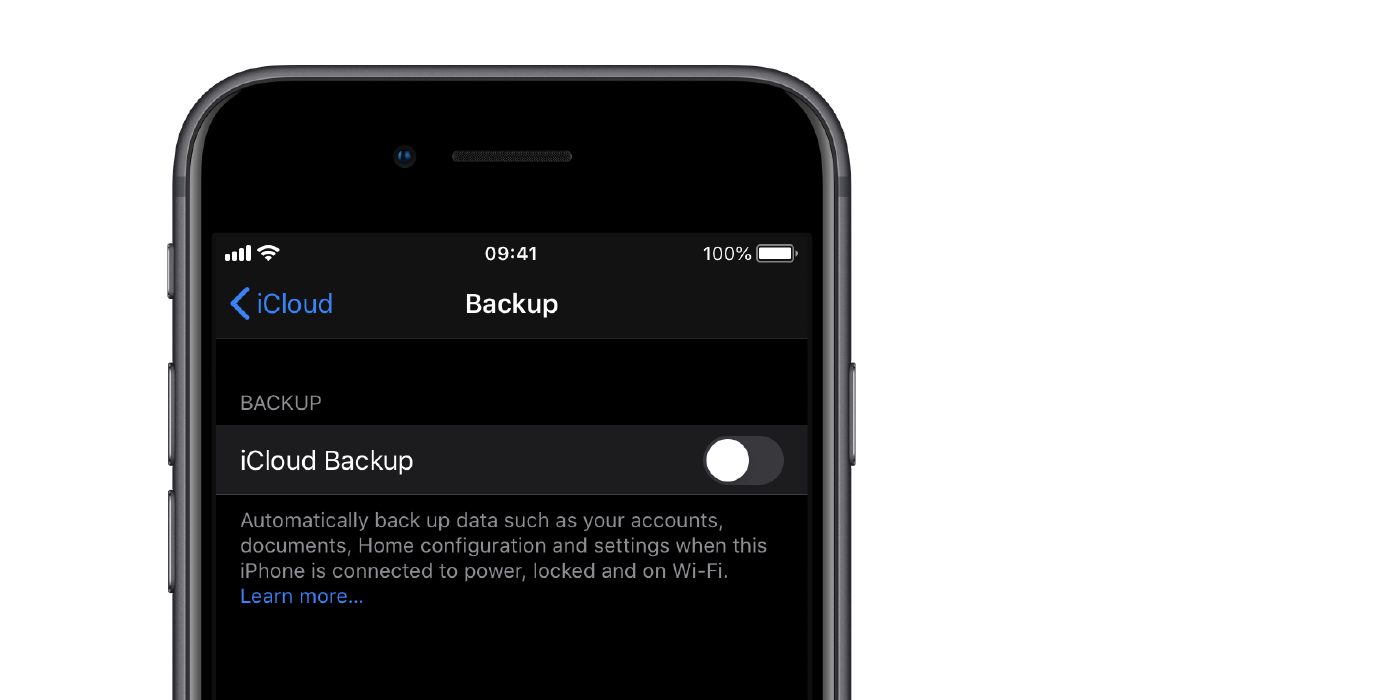 The whole issue of “unencrypted” iPhone backups has been annoying security-conscious users for a long time. Now it became known: Apple had plans to implement end-to-end encryption for backups. Reports have surfaced that the company buried these plans about two years ago. Explosive: The change was announced internally after a meeting with the FBI. Apparently, there are six different sources saying that Apple wanted to upgrade to end-to-end encryption. However, Apple’s legal department then stopped this and it is deduced that the discontinuation of this project is due to the FBI. Technically, there is no reason why Apple would not want to introduce true end-to-end encryption for iCloud backups.

The assumption that Apple stopped end-to-end encryption because of the FBI is strange. After all, the FBI is always mouthing off – what else can they do in their role as law enforcement agencies. To iPhone users the reason why Apple acts this way shouldn’t matter. Regardless of what happens with the FBI, Apple should definitely upgrade end-to-end encryption. Apple should be aware that they will receive fewer requests if they have less data to provide.

What Should iPhone Users do Now?

Basically, under one aspect, all types of data are in good hands in a cloud. You can rely on the top dogs like Google Drive, OneDrive, Dropbox – and even Apple – when it comes to the physical security of data. The servers are mirrored in different data centers, so that a file is always available – even in the event of natural disasters or power failures. This high level of protection cannot be guaranteed by private individuals or companies.

However, the situation is different when it comes to the readability of the files. The iPhone backups are not encrypted end-to-end as we learned above. But even if other cloud providers advertise with encryption, there is still a risk. The data is encrypted in-transit and at rest, but still readable for the respective company, because when they have the keys to encrypt your data, they can decrypt it as well. In the end, there is someone who can read files. Therefore, additional end-to-end encryption on the local device – before uploading to the cloud – is absolutely necessary.

Our Solution: Encrypt Your iCloud Backup with Boxcryptor

And this is exactly what we recommend for iPhone backups. Create the backup locally and then store it encrypted in the cloud of your choice. We have run through the process using an iPhone, a Mac (Catalina), Boxcryptor and the Dropbox as examples. In fact, you can use any cloud storage – as long as you only upload encrypted files using Boxcryptor.

Now decide whether you want to keep or delete the local copy of your iPhone backup. What you have to do now is to take good care of the key to decrypt it. In other words: Save the iPhone backup in your Boxcryptor drive and Boxcryptor will do the rest for you.

In case you need your backup, for example because of a device change or a loss of your device, follow these steps to restore it:

Set a reminder to regularly (e.g. every two weeks) synchronize a backup of your iPhone to the cloud. This way you always have a (relatively) up-to-date mirror of your phone at hand in case of an emergency.