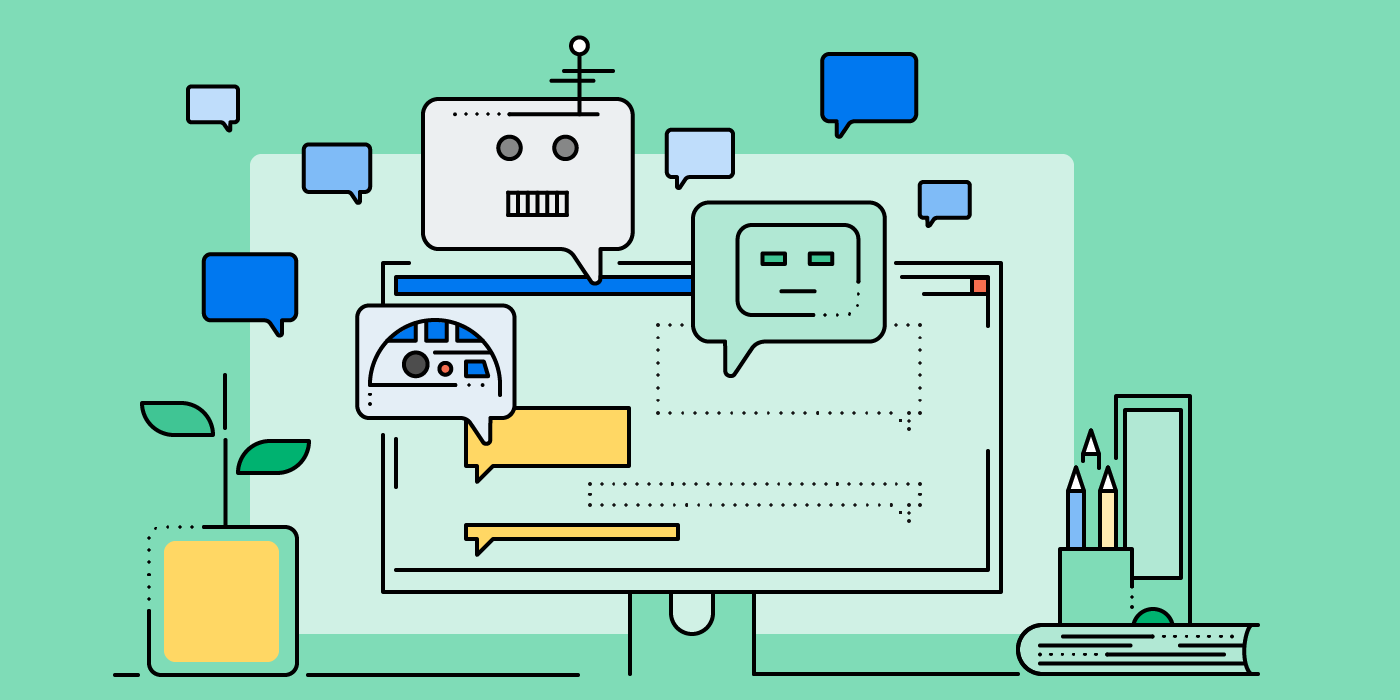 Social Bots – Detection and Impact on Social and Political Events

In our first blog post about social bots, we looked at the definition of social bots and explained how bots are used on social media channels. In part two of the article we reveal in which situations bots have had an impact on our society and politics, whether there is actually a need for action from the official side and how you can detect social trolls.

The Impact of Bots in the US Elections

Social Bots are commonly used in US election campaigns. As for the 2016 elections, an analysis with the tool Twitter Audit at some point showed that at least 30% of the Twitter followers of both presidential candidates were bots.

During TV debates, 3.8 million tweets, equal to one fifth of all tweets on the topic, were posted by 400 000 automated accounts. According to a study by the University of Oxford, as much as one third of all messages on the topic tweeted were by social bots. Thereof again 80% could be interpreted explicitly pro-Trump (showing hashtags such as #MakeAmericaGreatAgain, #CrookedHillary), and only 20% pro-Clinton (#ImWithHer, #NeverTrump, etc.)

Every third tweet that was pro-Trump came from a social bot while every fourth pro-Clinton tweet was a social bot as well. Moreover, the hashtag #TrumpWon became Trending Topic on Twitter after the first TV debate, although the audience and media saw Clinton clearly in the lead.

All these facts give reasonable ground for suspecting that the political opinion in the US election campaign was manipulated for the benefit of Trump.

In spring 2020, the share of fake accounts following Donald J. Trump has been around 21%. Bots are also expected to try to steer the mood for the coming election campaign. Among other things, by influencing known, real influencers.

In the Brexit debate social bots were active on Facebook, Twitter & Co. as well. It was discovered that in both campaigns, Leave and Remain, social bots likewise played a minor, but strategic role. In fact, the proponent’s hashtags, such as #Brexit, were mentioned four times more often than opponent’s hashtags, such as #StrongerIn. This means that the number of automated tweets pro-Brexit was higher as well.

Of course, you could suggest that the predominant opinion on Twitter influenced the referendum in favor of Leave. However, polling outside the social media was trending towards a narrow victory for Remain. In addition, the younger public with high education, those who use Twitter a lot, definitely tended to vote against Brexit. Thus, there is not necessarily a political motive when social bots mention certain hashtags and manipulate the trending topics on Twitter.

It might as well be companies referring to trending hashtags in order to increase their visibility on the Internet.

Troll Factories in The Ukraine Conflict

In the context of the Ukraine conflict, social bots have been misused for manipulation in social media as well. On the one hand, the “right sector”, a partly militant Ukrainian nationalist group, spread their propaganda this way. An army of approximately 15,000 automated accounts tweeted 60,000 messages a day on average, targeting mainly young men. The tweets featured topics like soccer, sexist jokes, and websites for illegal downloads of American movies, plus politically right content once in a while. The social bots repeatedly mentioned certain hashtags and combined the hashtag #rightsector with #Maidan or #Euromaidan, the civil protests pro-EU (and against Russia).

Thus, they aim to manipulate the algorithm to show the hashtags as a trending topic, and to associate #Maidan with their extreme right-wing propaganda. In addition, there was fake news that Russia provided the separatists with missiles to attack Kiev. Furthermore, the Twitter bots systematically followed Ukrainian politicians. The strategy was to increase reach with a little help from their followers, who again liked and shared the posts.

On the other hand, Russian propaganda can be also increasingly found on social media. It has long been known that Russian bot farms influence public opinion on social media platforms with a troll army. Thus, false information about the situation in Ukraine is circulated and attempts are made to undermine the mood in the population.

Enlightenment in Times of Corona

It does not come as a surprise that chatbots and social bots are also used in the crisis triggered by the coronavirus in spring 2020. The Washington Post reports of millions of tweets in which conspiracy theories or fake news about the coronavirus were spread. The tweets were retweeted again and again by social bots and thus achieved an enormously high reach. Governments and international organizations such as the World Health Organization (WHO) are responding by offering those seeking information a WhatApp-bot as a reliable source of up-to-date figures or disease symptoms.

The current issue with fake news and hate speech refers to false claims and rumors about crimes committed by refugees which have been spread on social media. In times of the refugee crisis, extreme right-wing groups misuse the wide reach of the platforms for hate campaigns against refugees by posting fake news, for example about kidnappings and rapes. It is quite possible that social bots play a role in broadcasting and reinforcing the propaganda. After all, it is difficult to track down the initiators of fake news and hate speech and prosecute them for at least defamation, if not libel and slander.

However, there have been first court proceedings in Germany: a young Syrian refugee sued Facebook after his selfie with Angela Merkel had been circulating, connected with the false claim that he was responsible for terrorist attacks and other crimes. The court especially addressed the questions to what extent Facebook can be held liable for spreading such fake news and hate speech, and whether the platform is obliged to delete such posts. However, the Würzburg Regional Court has ruled in this case that this is pure user content and that Facebook does not have to find and delete such posts of its own accord in the future.

While social media is more and more frequently associated with systematic manipulation and propaganda during controversial political debates, the platforms take more action against the problems of social bots, fake news and hate speech.

The question is to what extent the platform providers are willing to implement measures and whether one can rely on algorithms to reliably perform this task.

Meanwhile in Germany, there is a debate, especially with regard to the upcoming elections, as to whether social bots, as well as fake news, can actually have a decisive influence on the formation of political opinion and whether legislation and regulations may have a positive effect. All major parties agree to definitely do without social bots during the election campaign. The Federal Agency for Civic Education has dedicated a 150-page dossier to the challenge of digital disinformation.

The dossier is rather sceptical about a regulatory approach, especially since the effects of social bots have hardly been scientifically investigated to date. Additionally, social bots, as described in the article above, are not necessarily always bad and pose a danger. Instead, they plead for an enlightened handling of content in social networks and thus for an expansion of digital structures for a democratic exchange of opinions. In terms of “digital media competence” we have to realize that on Facebook, Twitter & Co. “quantity is not equal to quality”. Social bots are being programmed ever more intelligently, so we too must become more intelligent in our dealings with them.

How to Spot a Social Bot

Indeed, identifying social bots is not that easy. The social networks themselves constantly train their algorithms to become better at spotting bot activity, but still, they fail quite regularly. Therefore, here are some tips on how you yourself can use common sense – and some useful tools – to spot a social bot.

First of all, check the account and see if there are a profile picture, realistic personal details, and reliable background information. Then have a look at friends or followers. Usually bots have a comparably small number of them.

According to the study by the University of Oxford, another sign for automation would be an overactive user, who posts 50 or more tweets a day. In addition, automated accounts tend to give away exceptionally high numbers of likes. In some cases, super-fast responses to a specific hashtag or various tweets at the same time point to social bots as well.

Another way to identify a social bot in social media is to challenge it: Ask in-depth questions out of context. Hardly any bot can give a coherent answer to these questions. Sometimes social bots also show a little grammar disability.

With this information and tools at your fingertips, you can now jump into WhatsApp, Facebook, Twitter to form your own opinion about social bots. Are there any bots among your followers? Will you receive an answer from a human being the next time you contact a company? And what about accounts that heat up political discussions?