Best of TV: The Funniest Hacking and Tech Scenes in American TV Shows

The work with complicated technology is increasingly displayed in TV shows, almost always unrealistically. These shows make nerds look sexy; and their jobs seem quite exciting and cool. Give a nerd a computer or a laptop and he or she can do almost anything.

We collected some examples, where TV shows may have overdone it a little with hacking super powers.

You all know the typical scene on pretty much every crime show: the detectives get some video footage in very bad quality. They ask the analyst to zoom in and enhance. And as expected, they get a blurry mess of pixels.

But wait. After some frantic typing and clicking, we get to see a crystal clear and very detailed image that helps solve the case. This tech-magic is often displayed in such an unrealistic way that it spoils even the greatest TV shows. One extreme example is the depiction of corneal reflection on CSI New York.

The footage of a surveillance camera with horrible resolution shows a woman entering a room. The detectives zoom in and enhance and… ta-da! A perfect image of her eye appears. Even though the woman is not looking into the camera we get a great detailed shot of her looking right at us. After some more enhancing they detect the image of a guy in a T-shirt, reflected in the eye of the woman.

Although it may seem like it, the writers of this show did not make up the concept of corneal imaging. Research in this field is making great advances. But still, the quality of the enhancement software used in CSI is wishful thinking.

2. The Most Awesome Kitten-Cyber-Nuke-Attack in Castle 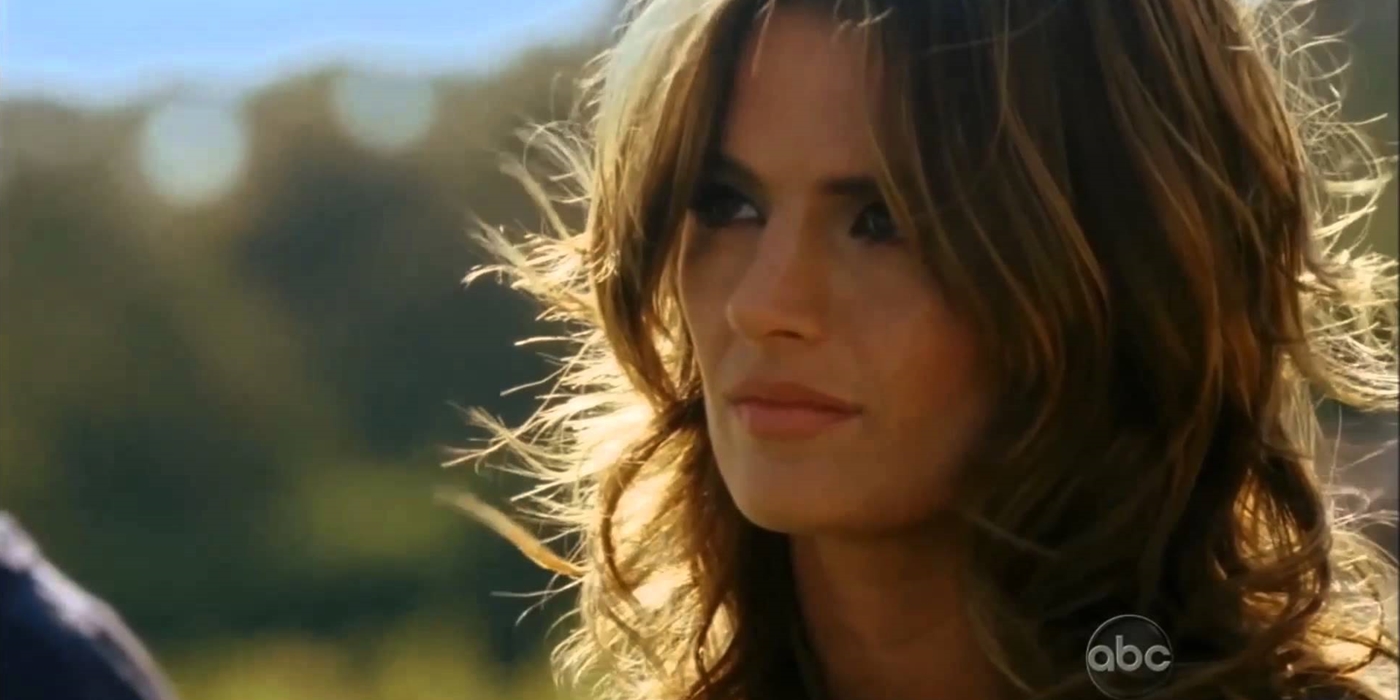 Since hacking in real life is quite boring to watch and also takes way too long, TV show writers and producers have to spice it up a little. Okay, sometimes even a lot. A very entertaining hacking scene that also shows pretty much every cliché about hacking, can be found on Castle.

Phase 1 We´re being hacked: The computer tells the person under attack (yes the computer is actually talking) that there is a system breach and even shows the advancement of the firewall breaches. In TV shows, software developers seem to spend a huge amount of time on fancy graphical interfaces, just like they do in reality.

Phase 2 Start counterstrike: As hacking apparently goes both ways, the person under attack starts a counterattack to find out the hacker´s identity. Of course, the hacker´s alarms go off loudly. To delay the IP tracking, the hacker uses a really dangerous weapon: cat videos. I know this is serious stuff but please hang in there, it gets even more exciting.

Phase 3 Blinky boxes: The cat videos did some serious damage but they still can´t prevent the last “blinky box” (each representing a firewall of the hacker´s computer) from being decrypted. Therefore, the exact position of the hacker is displayed on a map.

Phase 4 Cyber nuke: After a failed attempt at stalling, the person under attack chooses to launch the ultimate weapon (yes, even worse than the cat videos): the cyber nuke. Obviously, it has an amazing graphical user interface: an image of a nuke and a big red launch button. The cyber nuke is being launched and completely destroys the hacker´s system.

3. Making the Impossible Possible in NCIS

You think the hacking scene in Castle is quite a creative depiction of technology? Wait until you see the magical fingers on NCIS.

The NCIS crew is being hacked. This causes lots of windows to pop open on the screen. As it is a very serious attack, the IT-specialist Abby needs some help, urgently. So her colleague does the only smart and sane thing that one can think of in such a moment of danger. He joins in on the action and the two of them frantically type together on the same (!) keyboard.

Attention: Don´t try this at home. If you´re not a nerd with magical fingers, this will cause severe gibberish.

In spite of their joint efforts, they are not able to stop the hacker as they have never seen code like this. Then the chief wizard comes to their rescue by using his most powerful spell: unplug. The funniest part: unplugging the computer seems to do the job and makes the IT-specialists look like idiots. Why did nobody who was affected by a virus or got hacked ever get the idea to just unplug? Duh. Problem solved.

4. Not the Kind of Bone Virus You Would Expect in Bones 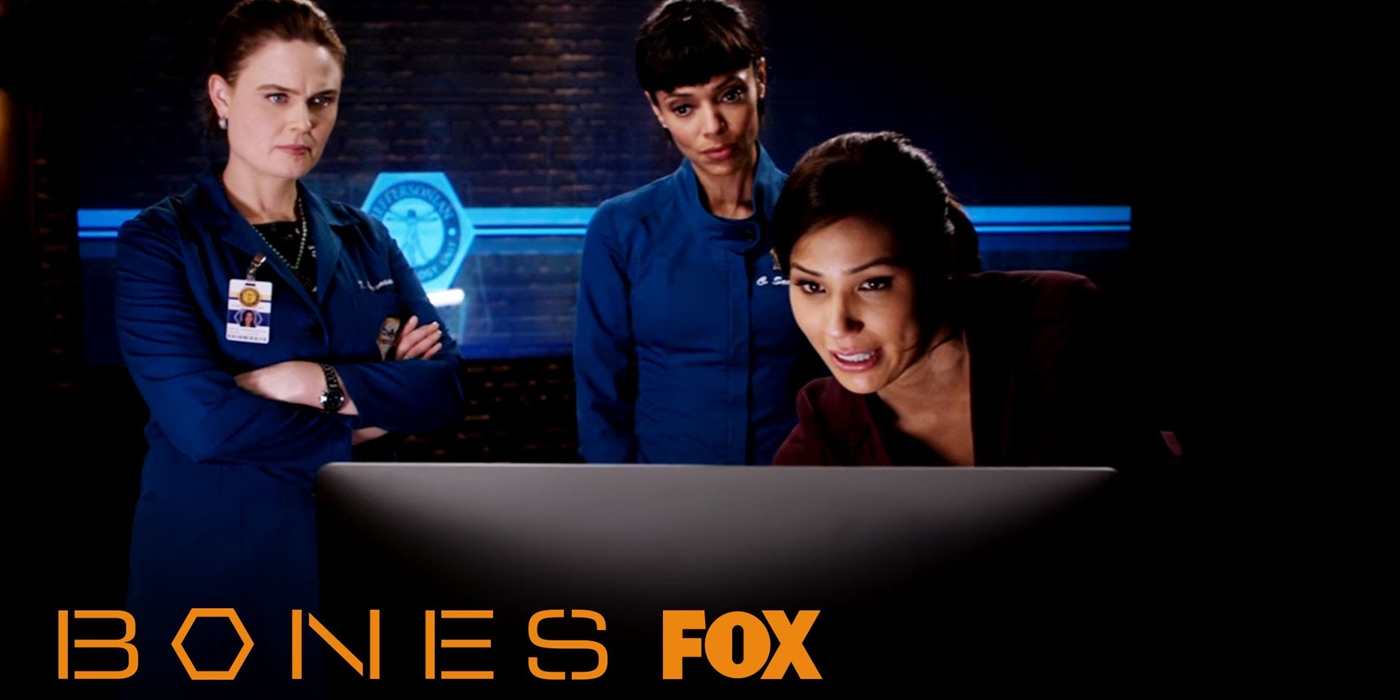 In real life, malware is mostly designed to go unnoticed. However, that would prevent our heroes on TV from taking counteractions, and not make for very good TV. There is one example of a very special kind of malware causing problems on Bones.

The forensic artist Angela is scanning some bones and with only a few taps of her magical fingers she can do the most amazing things with the scans on her computer. But suddenly her computer is catching fire.
The reason: malware killed the fans so the computer overheated. But how is it possible for any malware to breach the super secure firewalls of the Jeffersonian (the Bones-version of the real research institute Smithsonian)? There was no need for that. It turns out that the malware sneaked in in a way which you would not expect.

An evil computer genius carved a pattern into one of the bones that were scanned. As soon as the program scanned this bone, the pattern (which was Malware!) was uploaded into the computer system. Wow, seems like the next thing Eugene Kaspersky should do is develop an anti-bone-malware program.

Here is the scene with the infamous bone malware.

Dramatic and fast paced hacking, sneaky malware causing serious damage and endless zooming in on images. Those are typical scenes on TV shows involving technology. For the sake of entertainment, accuracy and logic is often left aside on TV. Sometimes, the hacking scenes are at least based on actual science or research. Other times, the screenwriters just let their imagination run wild. Who knows, maybe the writers are just trying to surpass each other on who gets away with throwing the biggest tech-nonsense at their audience. They probably have fun writing it and we definitely have a big laugh watching it.