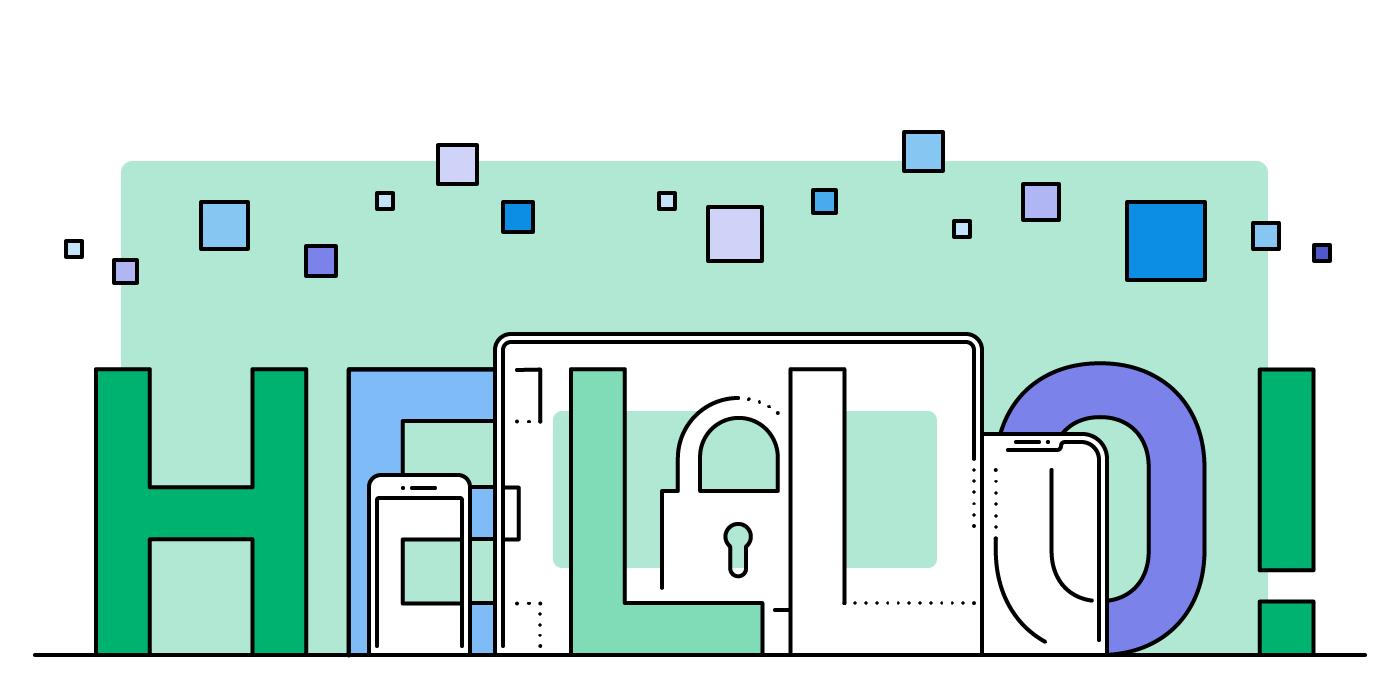 Everything New With Boxcryptor for iOS

For ten years, we have been continuously developing Boxcryptor and its associated apps. We not only do our best to improve the usability and security of our encryption solution. It is also always necessary to further develop the app code, the technological core of the application, in order to stay up-to-date and thus remain future-proof. For this reason, we are pleased to introduce the brand-new Boxcryptor app for iOS. In this article, we answer all the important questions around its development process and show how changes affect you as a user.

At a glance: The Boxcryptor app for iOS has been retreaded and brought up to the latest state of the art. This means that the app remains future-proof and data encryption on Apple mobile devices is easier than ever before. Some important changes were made to the app interface.

To access your files in the new Boxcryptor app for iOS, open the Files app and select Boxcryptor from the Locations. You can use all your linked cloud storage from here as usual. For our FAQ and Troubleshooting section about the Files app integration, please follow this link.

The key change to our new iOS app is the code. We have rewritten it from scratch and at the same time “cleaned up” the app and its functions. As a result, the concept of the app has changed significantly: Boxcryptor is now based on the principle “Files app first”.

The previous Boxcryptor app for iOS namely distinguished two workspaces for encrypted data: On the one hand, the Boxcryptor app with its own file browser, through which all essential file management functions worked. On the other, the integration with Apple’s own Files app, where Boxcryptor was listed as a Location, which was first introduced back in 2017. The actual work on the files took place in the Files app, while Boxcryptor provided the necessary content and actions for it.

The new Boxcryptor app for iOS now works exclusively through integration with Apple’s Files app. This means that the actual work on files will take place exclusively in the Files app from now on. The Boxcryptor app “only” manages the settings required for this. The new interface of the app also looks correspondingly different.

You can now access files in Microsoft Teams on the go with Boxcryptor – without having to open the app itself. Documents shared in channels and teams can be opened and edited directly and easily via the Boxcryptor Location in the Files app.

Additionally, with support for Microsoft Teams, files in the popular collaboration platform's channels can now be sent and received in encrypted form from iPhones and iPads. Once you have added Microsoft Teams as a provider in the Boxcryptor app, you can access your data from anywhere via the Files app. For example, if you want to view or edit a document shared via Teams on-the-go and then make it available to your colleagues again, from now on you can do this directly from the Boxcryptor Location in the Files app: Simply select the file, edit it as usual and save it. Boxcryptor and the Files app will do the rest for you - and you don't even have to open Microsoft Teams to do it.

Update: Due to the high demand for App Protection in iOS, there is now a successor for this feature available: Files Protection.

All important information about this new feature can be found in our blogpost "NEW: Files Protection in Boxcryptor for iOS".

Unfortunately, with the focus on the Files app, we also have to say goodbye to a feature that has existed since 2017 as well: App protection – that is, additional protection via PIN or TouchID, which are queried when the app is reactivated from the background – has to be dropped with the latest update to Boxcryptor for iOS. However, we firmly believe that access to iPhones and iPads themselves is protected to such an extent that nothing stands in the way of the security of your data. At this point, we strongly recommend that you take action yourself and set up all the options to protect your iOS device. App protection on all other platforms remains unaffected, of course.

The foundations of the old Boxcryptor app were laid in 2012, when the iPhone 5 with iOS 6 was current. Since then, iOS has evolved a lot. Over the years, we have therefore continued to adapt our app to these changes. The architecture of the previous Boxcryptor iOS app was simply outdated in 2021 with iOS 14 and iPads with M1 processors.

With the new Boxcryptor app, we have on the one hand taken the opportunity to change the programming language used, away from Objective-C, to Apple’s newer language Swift. In conjunction with this, we are now using the capabilities of SwiftUI to design the app interface. The new Boxcryptor app relies 100 percent on these new technologies, which means it is now state of the art again, using the latest technologies provided by Apple.

At the same time, we also re-imagined how an app like Boxcryptor should look like in 2021 and took the opportunity to improve the user experience of Boxcryptor on iOS. Prior to the introduction of the Files app with iOS 11, every app had to bring its own file browser if it was going to enable file editing. With the proliferation and evolution of Apple’s own Files app, this is no longer necessary. Files are best managed and edited centrally from within it. By handing over file management to the Files app, we can now focus entirely on our core competency: Encrypting and decrypting your files.

What Are the Consequences for Users?

You can find a detailed explanation of the advantages of using the Files app with Boxcryptor in this blog post. 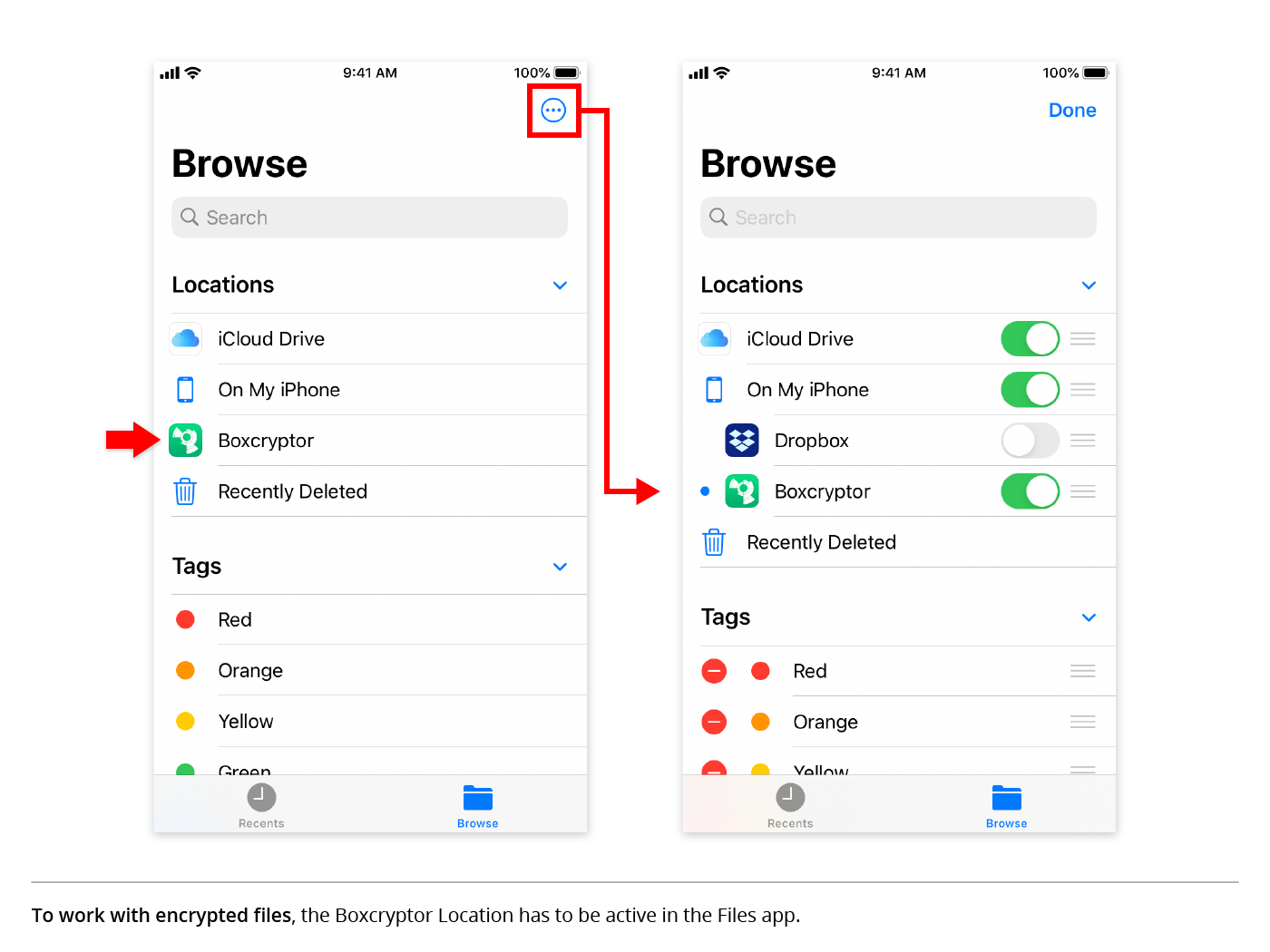 The complete redevelopment of our iOS app has kept us busy over the last twelve months. But the effort was worth it: Aligned with the requirements of current iOS versions, the Boxcryptor app is now back on a solid foundation. This means that we can continue to develop Boxcryptor for iOS in the best possible way in the future. The new technical basis also promises great potential: Much of the experience that our developers have gained with the new iOS app will also be incorporated into the next generation of Boxcryptor for macOS.